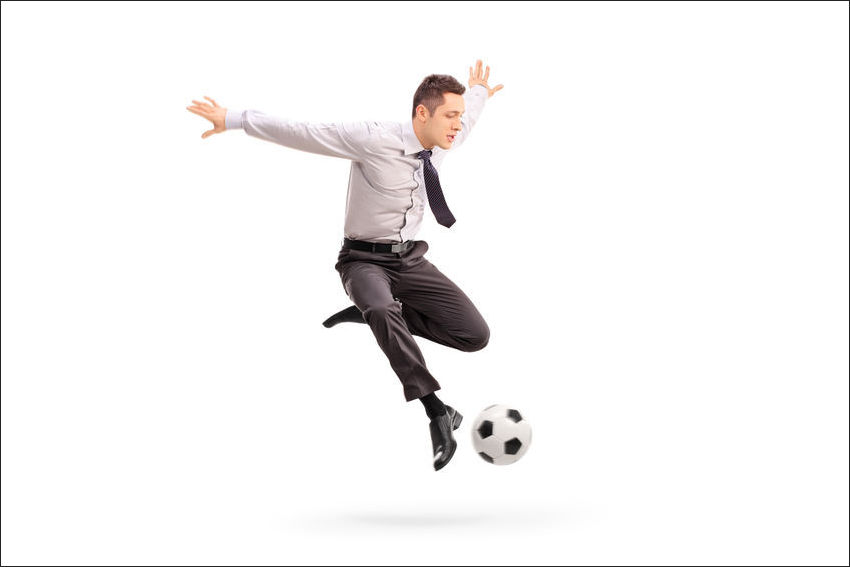 If you’re a soccer fan, you may have been shocked to hear that former Socceroos captain Lucas Neill has declared bankruptcy in the UK following a career where he earned more than an estimated $40m.

If only he’d followed the first four rules to becoming a successful self-directed adviser, which we wrote about in our Financial Advice is Overrated ebook:

If he’d taken these rules to heart, would he still be declaring bankruptcy? Or would he realise he didn’t need to earn anything from his assets (having already earned several lifetimes’ worth of income) and still have the best part of $40m sitting in a bank account?

A number of our clients are professional sportspeople, and as I often remind them they face a problem few of us will ever have to worry about.

Most people’s incomes steadily increase as they get older, the result of climbing the career ladder or making their business more successful. But professional sportspeople will probably never earn as much as they did in their 20s and early 30s—a frightening reality for anyone who wastes their ‘once in a lifetime’ opportunity.

Which makes the situation Neill has put himself and his family in seem even more ridiculous. As reported in the Sydney Morning Herald, “Neill’s off-field vice appears [to be] high-risk investments. To the outsider, it’s an odd trail: film syndicates, property schemes, horse racing”.

A professional sportsperson’s career can be over in the blink of an eye. One awkward tackle, concussion or serious muscle or joint tear could have them facing permanent retirement. So why isn’t that fact being drilled into them from the moment they start playing? Why isn’t every professional club explaining that their future as a player is always at risk, and that they should never risk (or let anyone else risk) their future away from the game?

This love of ‘rolling the dice’ isn’t exclusive to professional sportspeople. Business people and high-flying executives do the same thing, risking their vast income on silly, ill-conceived investment decisions despite the constant threat of bankruptcy or being sacked/made redundant.

Risk is a relative thing. It’s a tool for bridging the gap between where you are now and where you want to be at some point in the future. The wider the gap, the more risk you should be willing to take (as long as you can sleep at night). So why is a professional soccer player earning $40m in his career investing in films and horses?

Let’s assume he legitimately spent half of that money over the years. That would still leave him with $20m in the bank which, even at a conservative 5% interest rate, could have earned him a million dollars a year in perpetuity.

So again, what was the point? Was $1m per year not enough, or was he caught up in the thrill of risking it all?

Neill didn’t lose his $40m through a series of unfortunate events. He clearly lost touch with financial reality, most likely from earning tens of thousands of pounds per week from an age where most of us are working part-time jobs and living at home.

Hopefully he can pick himself up, dust himself off, and get back in the game—just like he did time and time again for the Socceroos.

Women in the workforce: How one country has made paid parental leave work well for women, for men and for society