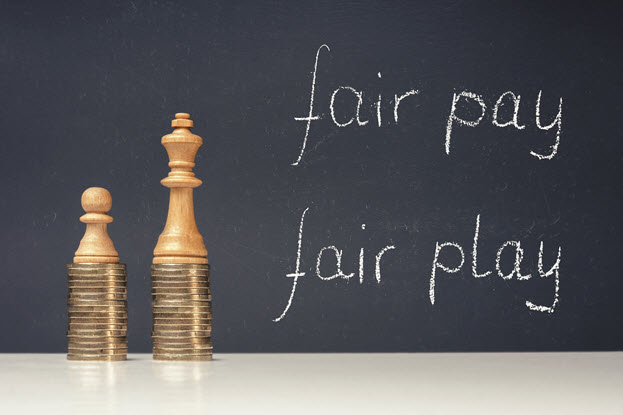 As an insider in the finance industry, it seems quite clear that banks, financial intuitions and insurers (particularly insurers) aren’t interested in attaining female clients.

Sure, the government keeps talking about equal opportunity and equal income. But the average pay gap between men and women is 17%—30% in the financial and insurance services industries.

Forty percent of women are completing tertiary education compared to 34% of men, and the gap is increasing. But the gender pay gap is already 11.8% for those 17 years and under, and widens quite dramatically in the years they spend working and/or raising children. By the time they reach the 45-55 age bracket, the gap has grown to 21%.

Which is hardly equal, is it?

It’s not good business sense either. A McKinsey & Company study in 2007 found that firms in the top quartile for female senior managers earned 56% more than companies without women in senior management. Were women better suited to those roles? Or did a greater balance of views make for more progressive business decisions? Further studies also showed a correlation between share price performance and a greater balance of female executives.

Here are some anomalies I’ve noticed in policies and business practices that could make it tough for women to stay in (or return to) the workforce.

1. Rebates. The childcare rebate is a big one, even for women earning a high income, as they may decide not to return to work. It can affect their view on how long they can spend with their child. If they have more time bonding with the child during leave, they’re more likely to return to the workforce and stay there.

2. Superannuation. Women are only paid superannuation while they’re on paid leave. If they take any more time off they miss out on not only their salary but also their superannuation contributions. And that can be a significant loss for those who become single parents or separated later in life.

It can also have a significant impact on those relying on a short-term incentive as part of their overall package. Again, only the days they’re working or on paid leave will count towards their service for the year. This probably has more to do with company policy than legislation, but I’m sure it happens in a lot of organisations.

3. Lending. Many financial institutions have tighter lending criteria for women on maternity leave. Most lenders will calculate their income as zero (effectively classifying them as unemployed), even though they’re still employed and have a set date to return to work.

4. Income protection. There’s no provision for waiving income protection premiums while women are on maternity leave. Despite the fact most insurance providers won’t even cover pregnancy-related medical complications, they won’t waive their premiums to offset this. So women have to either:

And if they do decide to cancel, they have to pray they don’t have any medical issues that could stop them from reapplying.

But what if the pay gap didn’t exist? Would men start taking time off work to be the primary carer? (In our next blog post we’ll explain why it’s more than just a possibility.)

The unwritten rule is for the women to use up their human capital on extended maternity leave while the men move up the career ladder, making their work critical to the family. And when baby number two arrives, the income dependencies and career opportunities are shifted to the man—often permanently.

For women to progress their career and professional development they must be able to balance work and family life. And the only way that can happen is if we start tackling it at the government and business level.

Some companies are trying to rebalance the outcome. ANZ now covers superannuation contributions for all employees during both paid and unpaid parental leave.

But it will take a lot more than that to fix the problem. And in our next blog post, we’ll look at how one country is addressing the issue.

If you like this article, please subscribe to our blog by downloading a free copy of our ebook – Financial Advice is Overrated.