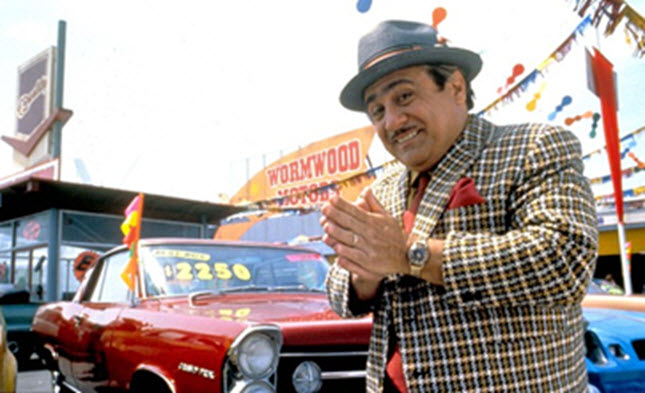 Julian and I can honestly say we love what we do. And considering we spend most of our waking weekday hours at the office, we’re lucky we can say that. (I suspect we’re very much in the minority.)

We happily spend our time catching up with clients, solving problems on their behalf, and working on our own business.

And that passion steers us in the right direction, and helps us make good choices at every turn. Because nothing is more important to us than our business and its ongoing future, and the clients who keep the doors open.

Exceptions, not the rule?

Unfortunately, I can’t say the same about everyone in the industry, which I’ve been defending for as long as I can remember. I’ve even put my job and career on the line to stop what I saw as an Adviser systematically targeting the vulnerable.

I told myself he was an exception, not the rule.

More recently I’ve been helping clients fight the major banks over the shocking advice they provided, which in some cases has adversely affected their lives forever. But again I told myself these were exceptions rather than rules, that things have changed a lot since it all happened, and that a new breed of educated and ethical adviser will change the financial planning world forever (which we are slowly trying to do).

And with a relentless media campaign against financial advisers reaching its crescendo, surely there was a vested political interest, intent on destroying the planning sector once and for all, right?

But despite all this, nothing has really changed. Which is why, instead of just greeting a new client with “Hi, I’m Josh. How can I help?”, I spend the first ten minutes acknowledging the presence of the poor, conflicted and uneducated advice being offered in Australia.

The “financial advisers” next door

A group calling themselves “financial advisers” moved into our building recently. They moved out as quickly as they moved in, but for me they were the straw that broke the proverbial camel’s back. I discovered they’d cold-call working class victims (who can ill-afford to make the wrong move), lure them into their office, and then subject them to high-pressure sales tactics about Victorian residential property.

The whole thing left me feeling dark and jaded—even more so than before.

In the age of CERN’s particle accelerator, nanotechnology, drone warfare and the Back To The Future hoverboard, how can the most vulnerable members of our society still fall victim to these financial scams? I guess as humans we’ll always be susceptible to being sold the next great “get rich quick” schemes because they hope the person offering it will have the golden goose that will solve all their problems.

Hope is a powerful drug. And dishonest people know this all too well.

The neighbours I mentioned earlier had a huge map of Melbourne on their office wall, which should have told everyone they were salespeople, not advisers. It would be like a psychiatrist wearing a Prozac shirt while treating someone. But somehow their overly aggressive demeanour was having the desired effect.

What can we do to rid ourselves of these “advisers”? What proactive steps can we take to eliminate the threat before it becomes a reality? I tried contacting the Australian Securities & Investments Commission (ASIC) about it, but I couldn’t find the right path to go down (assuming there actually is one).

I’m sorry, but a financial adviser register will do absolutely nothing.

ASIC is currently undertaking its first action against a licensee in Melbourne for not acting in their client’s best interest. The group seems to be a mirror image of our former neighbours (they even have specific property developments on their website), and so we’ll be watching on with interest.

Personally I hope ASIC gives every like-minded firm in the country a serious warning: “Take this profession and your client’s welfare seriously, or go back to selling used cars”.

My anger is no longer directed at those trying to discredit our noble profession, but rather at the profession itself. Until we all start actively culling those who aren’t worthy of their client’s trust, we’re just kicking the proverbial can down the road.

What needs to happen

In my mind, a few things need to happen:

1. The government, the regulators, our professional associations and our licensees need to give us all the permission (and the right) to start a financial adviser cull;

2. The Government needs to make residential property a financial product;

3. ASIC needs to devote a considerable amount of its additional resources targeting/monitoring those businesses with their own Australian Financial Services Licensees (which all of these advice businesses described above hold);

4. We need to start the Financial Adviser cull as soon as possible;

And if that means conducting a Royal Commission into the banking industry, so be it.

So smart that you’re dumb with money? Why your intelligence could be keeping you broke

Game Over: Why professional athletes like Socceroo Lucas Neill lose their millions through bad financial advice

Sydney’s property market: 3 reasons why it’s so hard to get into